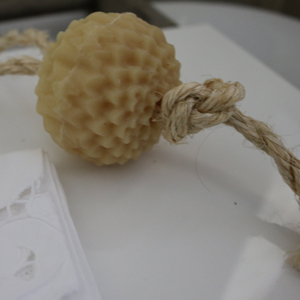 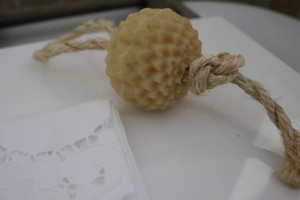 Follow the method of basic homemade soap and make two halves that can form a ball of soap when put together. I used a silicone cupcake mould with a hole in the middle. When the soap halves have set, release them from the moulds. Place a pan on a heated hob, and when it is very hot, place the flat surface of the half-circles for a couple of seconds in the pan. This will melt the soap, and you can then remove it and stick the two halves together. Allow the soap ball to set. When it is cold, pass a rope between the openings and make a knot at one side and a loop at the other side.

Cannot get other user media. API shut down by Instagram. Sorry. Display only your media.